One of my main goals for 2018 is to get outside more. Embrace the great outdoors, get some fresh air in the old lungs, and enjoy the gorgeous countryside that is just a short train ride away from Manchester.

We decided Edale would be a great start. Catch the Sheffield bound train from Manchester Piccadilly and in 42 mins you’ll be slap bang in the middle of the Derbyshire countryside. 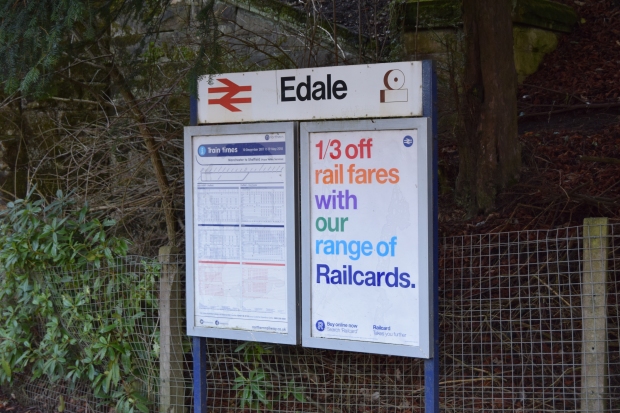 On exiting the train station we turned left and headed passed The Rambler Inn, up the main street and carried on until we reached The Old Nags Head, just opposite is a sign clearly stating you’ve reached the start of the Pennine Way. You’ll notice that more often than not the directions I give tend to involve pubs, make of that what you will.

Once on the Pennine way you’ll find yourself following a small stream which will be on the your right. Take a left through a gate which is also marked as the Pennine Way. Here you’ll be walking through a field of sheep on a concrete slab path, and you’ll start to see some amazing views of the surrounding valley. 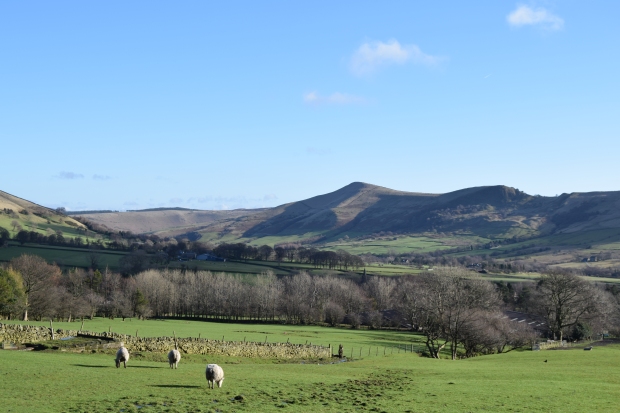 We even saw some paragliders, which looked absolutely incredible/terrifying! Has anyone every tried paragliding? I feel like I’d enjoy it but would love to hear if any of you guys have any feedback/advice on it.

After this field, you’ll go through another gate and will need to bear left, the path is again pretty clearly marked and eventually you’ll come across some farm buildings which you’ll walk through. Then you’ll follow the River Noe pretty much all the way up to Jacob’s Ladder. 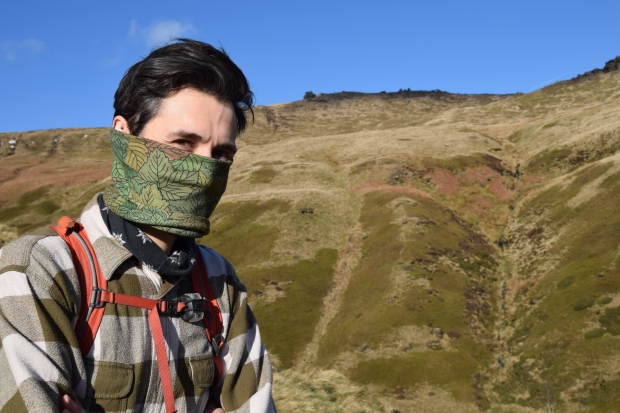 Now, I don’t consider myself to be hugely unfit. But I haven’t really done any kind of strenuous walking since completing the National Three Peaks challenge, which was almost 2 years a go now, Jesus! So let’s just say I found the ascent up Jacob’s Ladder ok, but I did have a take a couple of breaks –  just to take in the views of course!

Once you reach the top you’re treated to some breath-taking views upon reaching the Kinder Plateau. Still dusted with snow, brilliantly bright in the sun light.

There some excellent spots to have lunch up on the top, where you can fully appreciate the spectacular views of the valley below. We settled around Crowden Tower, stopping off at Noe Stool for some more photo opportunities! 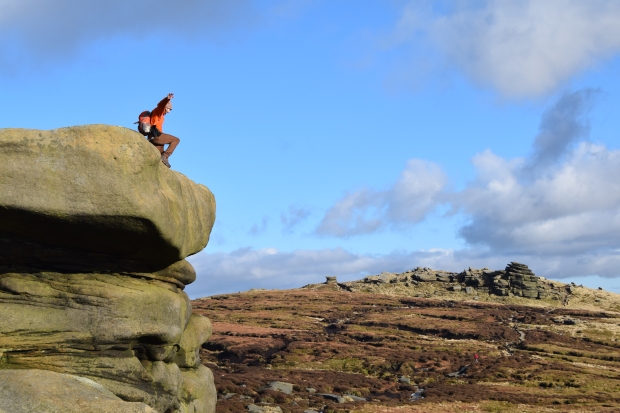 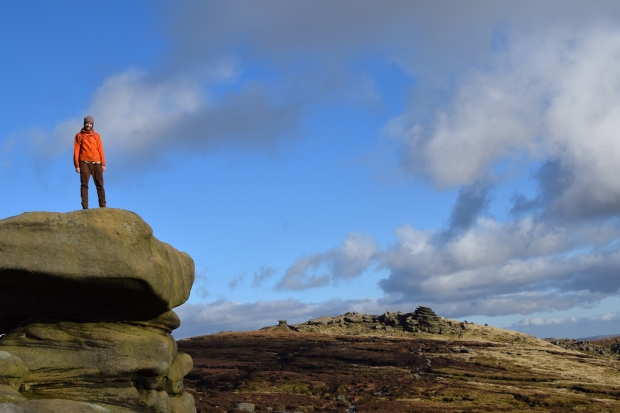 After lunch we continued across the plateau toward Grindslow Knoll, crossing Crowden Brook along the way. It was pretty muddy ground for the most part, but I guess that’s to be expected in the UK in late January. I did lose my leg in a snow drift at one point but Christopher quickly helped me out, after a bit of obligatory whimpering on my part.

After arriving at the base of Grindslow Knoll we continued on a sharp descent back down the valley, eventually arriving back into the first field we started in. With burning thighs, a slightly red face and an incredible thirst, we made our way back to The Old Nags Head for some light liquid refreshment and a well deserved dinner. Just about beating the sun going down. This walk took us about 4 hours in total, this included a brew break and some lunch, so you could probably nail it in about 3 hours if you were in a rush. What other walks around the Peak District would you recommend? Please let me know in the comments below!